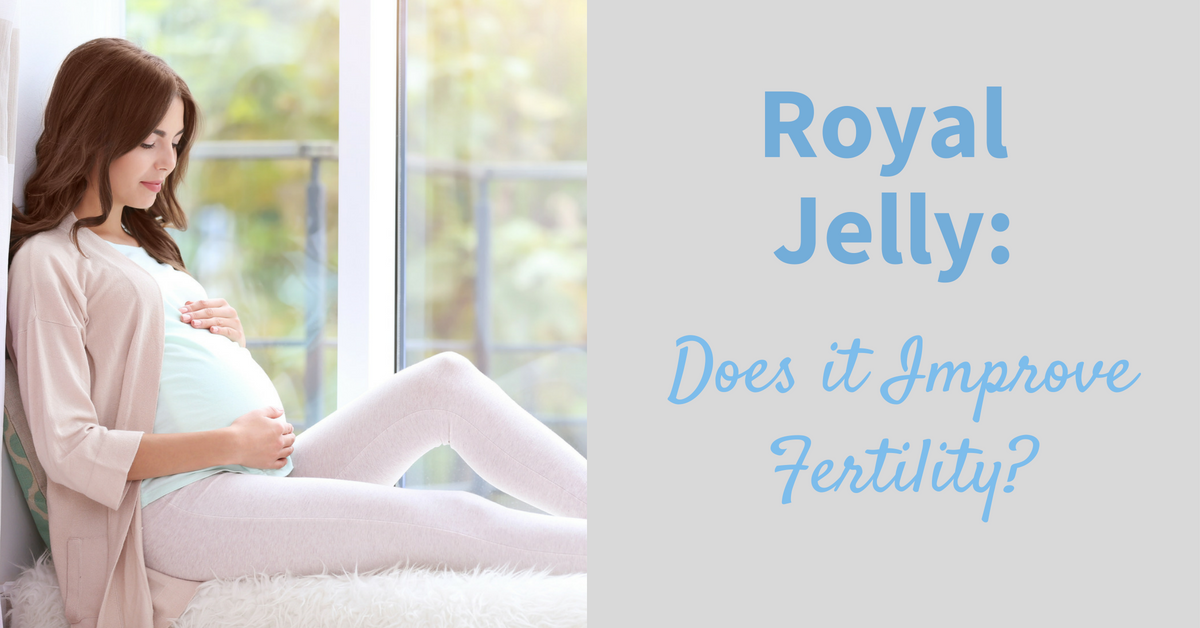 Long regarded as a hormonal tonic and fertility aid, royal jelly is used by millions around the world.   Does it improve fertility rates?   Let's dig into the studies and history of this superfood from the hive and answer this question once and for all.

Getting pregnant is becoming harder and harder. In 1984, the estimated percentage of couples with fertility problems was 5.4%. In 1992, this number increased to 8.5%. And today, the estimated prevalence (total number of couples with infertility) is up to 15.7%. As a result, I get asked about using royal jelly to boost fertility on a frequent basis.

Another study suggesting royal jelly positively impacts fertility rates was conducted at the Jordan University of Science and Technology.   The researchers wanted to determine whether natural royal jelly in conjunction with progesterone cream is associated with improved reproductive responses in sheep.

Thirty 3 - 6 year old female sheep were randomly allocated into three groups of 10 each. They were then bred with male sheep and tested to determine ovulation times as well as pregnancy rates.

Upon completion of the study, the scientists concluded that the results demonstrated both Royal Jelly treatments in conjunction with progesterone improved pregnancy rates.

It is also said that the fatty acids found in royal jelly are effective towards autonomic imbalance,  peri-menopausal symptoms, osteoporosis, and other conditions. These effects may be due to the interaction of the fatty acids of royal jelly with an estrogen receptor inside the human body.

Royal jelly has favorable effects on the hypothalamic-pituitary axis which generally declines with aging.  The HPA axis is a major part of the neuro-endocrine system that controls reactions to stress and regulates many body processes, including digestion, the immune system, mood and emotions, sexuality and energy storage and expenditure. Too much stress turns this function off and stress can come in many forms.  Royal Jelly may help this axis to work better therefore regulating the functions and associated hormones.

According to another animal study, Royal jelly can compensate for age-associated decline in pituitary functions.  The pituitary gland is part of the endocrine system and produces hormones which control other glands as well as various bodily functions.

The Pituitary Gland is the master conductor of our hormones.  The Hypothalamus and Pituitary Glands will affect all hormones, specially the feel good hormones, your sleep hormones and sex hormones.  You will not feel particularly well if these hormones are not in order and you may have difficulty getting pregnant.   Stress turns it 'of'f, so low pituitary function is common in those who are constantly busy, stressed, have Post Traumatic Stress disorder or are over-trained.

A very common question I receive is whether Royal Jelly has estrogenic action.  There is not a clear answer to this but we do know that royal jelly will lock itself onto the 17-beta Estradiol receptor in vitro.  This suggests that it may act as a phytoestrogen.  If this is the case, we do not recommend Royal Jelly if you have had estrogen receptor positive breast cancer.  More research is definitely needed in this area.

In another study, royal jelly demonstrated competition with 17 beta-estradiol for binding to the human estrogen receptors alpha and beta and provides evidence that it has estrogenic activity through interaction with estrogen receptors followed by endogenous gene expressions.

Those who are estrogen deficient may benefit from this.  Again, I would caution those who have had estrogen receptor positive breast cancer because we still are not sure the mechanism of action of royal jelly having an estrogenic effect.

How much Royal Jelly to take for Hormone Balance

When trying to get pregnant my recommendation is to:

Once you become pregnant you should stop taking both royal jelly and EstroSmart Plus and switch to Estrosmart (the non-Plus version).

I suggest the following when using Royal Jelly in therapeutic dosages.

Royal Jelly has hormonal activity in the body along with many other health benefits.  While no human studies have been completed on fertility rates, several animal studies have been done and the results were positive.    The long term safety record of royal jelly combined with the relative affordability of this superfood compared to IVF suggest that it should be considered for use by anyone looking to increase their odds of conceiving naturally.