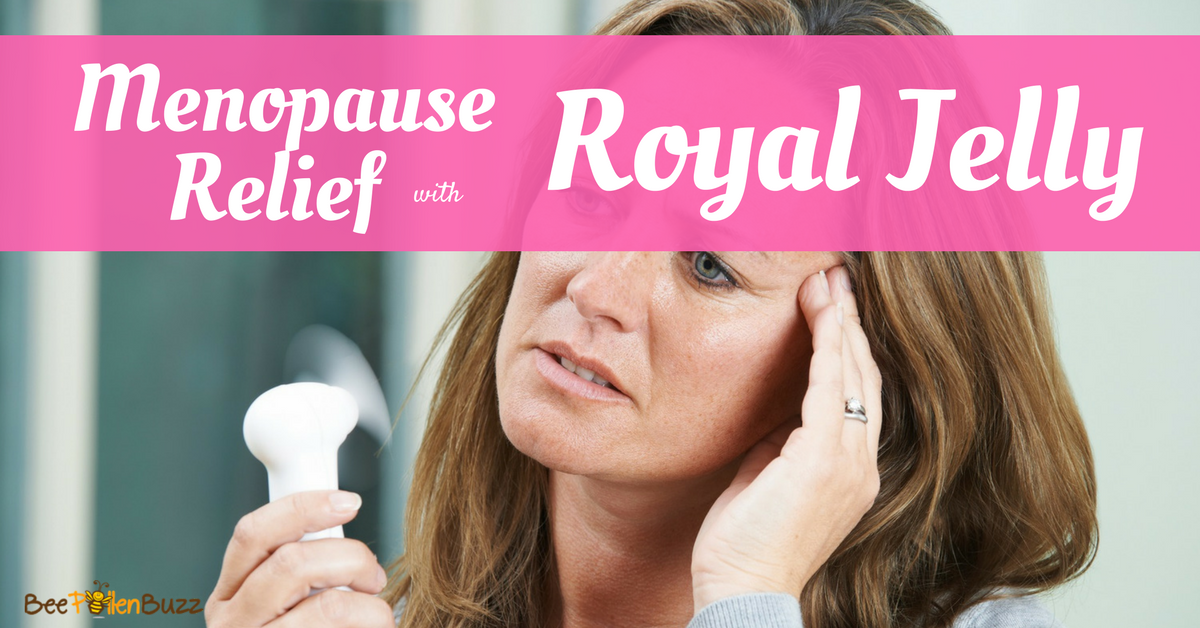 Is there sweet relief to be found in the hive?  Can royal jelly, bee pollen and honey ease your menopause symptoms?  Scientists set out to discover the truth.

At best most women enter the period of their life referred to as, ‘the menopause,’ with some trepidation. Whether this fear is directly related to the symptoms associated with the menopause itself or the potential increased health risks known to occur post-menopause, it is nonetheless often considered to be time of uncomfortable endurance which can last anywhere between 4 and 12 years.

More recently, hormone replacement therapy, which was once thought to mitigate the symptoms with few adverse effects, has also been shown to have the potential to cause some serious health issues. In light of these problems science is now investigating ways to relieve not only physical symptoms of the menopause but also to mitigate the possible post-menopausal effects. And, as with other health issues, it seems that Royal Jelly may be suited to providing some relief.

When it comes to post-menopausal problems one of the main clinical concerns relates to the increased risk of cardiovascular disease. However the good news is that a recent study revealed that consuming 150mg of Royal Jelly per day for 3 months resulted in an increase of ‘good’ HDL (High density lipoproteins), and a significant decrease of the ‘bad’ LDL (Low density lipoproteins). The study also found that total cholesterol was reduced and ultimately concluded that Royal Jelly has the potential to reduce post-menopausal associated dyslipidemia which is thought to contribute to the development of atherosclerosis. (1)

Of course for many women the problems of the menopause are those which are of immediate concern and here too Royal Jelly has been shown to alleviate at least some of the issues.

Although several studies have been undertaken looking at specific products containing Royal Jelly there are numerous others which prove it has indirect positive effects on some of the issues involved. One problem in particular, that of low mood, which affects many women going through the menopause, has been shown to respond well to oral supplementation of Royal Jelly alone.

Several studies have revealed that taking Royal Jelly for as little as 3 months can greatly mitigate depression and anxiety, the implication being it is able to indirectly improve menopausal depression. One study found that in both men and women, RJ taken at a dosage of 150mg for 6 months improved mental health and subsequently had beneficial effects on overall quality of life.(2)

Another study backed up these findings and even offered some explanation as to why Royal Jelly might be beneficial in situations where depression and anxiety in particular are present. What this research paper concluded was that symptoms of depression and anxiety in mice were much reduced when they were given Royal Jelly and that these improvements were due to 10-hydroxy-trans-2-decenoic acid (HDEA) - an unsaturated fatty acid which is unique to Royal Jelly.(3)

Fatigue is another menopausal symptom which affects many women on a daily basis and, back in 2001, a study examined the effects of Royal Jelly on the swimming capacity of mice. In this case it would seem that mice performed significantly better if they were given fresh Royal Jelly which had been kept at a temperature of -20 degrees maintaining the level of 5 7-kDa protein which could be both an indicator of freshness and also contribute to the extended stamina of the mice.

How About Bee Pollen and Honey For Menopause?

The researchers compared a bee pollen-honey mixture with just pure honey in a prospective, randomized crossover trial. The menopausal complaints were assessed using the Menopause Rating Scale and a total of 46 patients were recruited.

The results were confirmed by significant improvements in the postmenopausal complaints in the two groups in a pre-post analysis. This study provided evidence that honey and bee pollen may improve the menopausal symptoms but it appears that honey is the work horse here - adding bee pollen to the honey only produced a marginal improvement over taking honey alone.

Should You Take Royal Jelly & Honey For Menopause Relief?

Although there has been no official research undertaken which suggests Royal Jelly might help with those hot flashes or even the dreaded decreased libido, there are certainly some strong indications that this fascinating bee product might alleviate at least some of the more distressing symptoms of the menopause.   Honey on the other hand, looks even more promising and a teaspoon or two of raw honey a day just might be the sweet relief you're looking for. 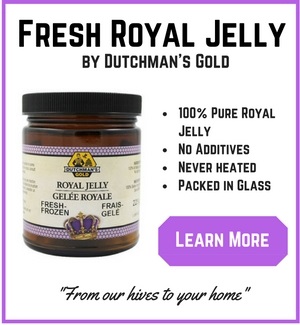 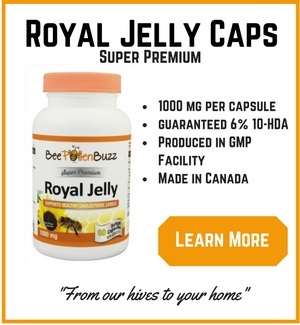 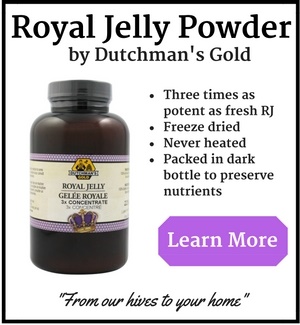