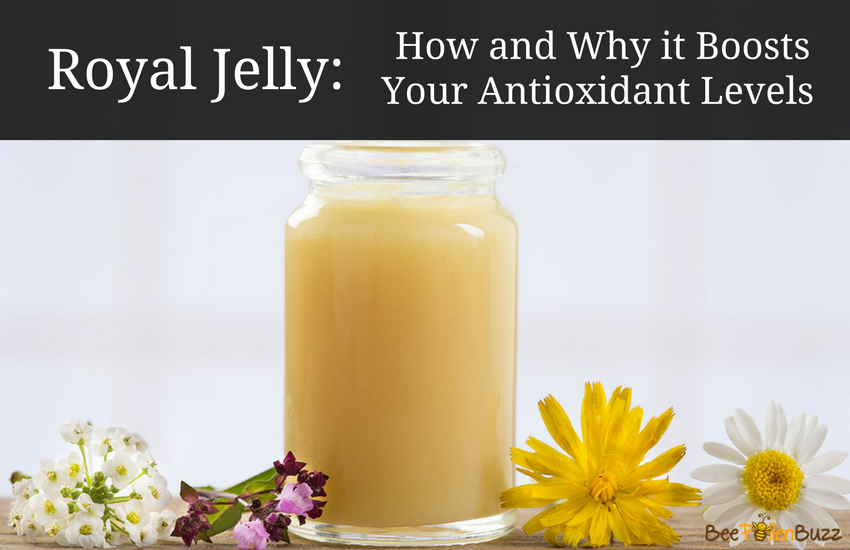 Antioxidants are all the rage today and for good reason. When your cells oxidize, YOU oxidize and that leads to greater instances of cancer, heart disease and other degenerative conditions.

We've all seen a peeled apple turn brown within minutes - well, that is literally what happens to your cells over your lifetime. But scientists have discovered certain foods have massive amounts of antioxidants that slow and even stop this process.

Royal Jelly just so happens to be one of these foods. As reported in the Journal of Agricultural Food Chemistry in 2008, Royal Jelly contains very high amounts of several antioxidants.

And what the scientists learned was that Royal Jelly had higher amounts of these antioxidants when the Royal Jelly was fresher. So when buying royal jelly, ensure that you are buying fresh, frozen product to maximize the vitality of the product.

How to Boost Your Antioxidant Levels With Royal Jelly

In another study, scientists investigated the protective role of royal jelly as an antioxidant against cadmium, a highly toxic heavy metal that causes damage to your genes (trust me - we are all exposed to heavy metals).

Cadmium also induces oxidative damage in various tissues by altering your antioxidant defense systems. This tends to lead to cancer and premature aging.

What the scientists found was that taking Royal Jelly significantly suppressed the gene damaging effects of this toxic substance and also boosted protective enzyme levels in the liver and kidneys. Very exciting!

While you might think that you're highly unlikely to be exposed to cadmium in your lifetime, think again. It is in tap water as well as many soil grown foods, especially non-organic.

Furthermore, we are all exposed to heavy metals on a daily basis now so extra protection is important if living a long, healthy life is important to you.