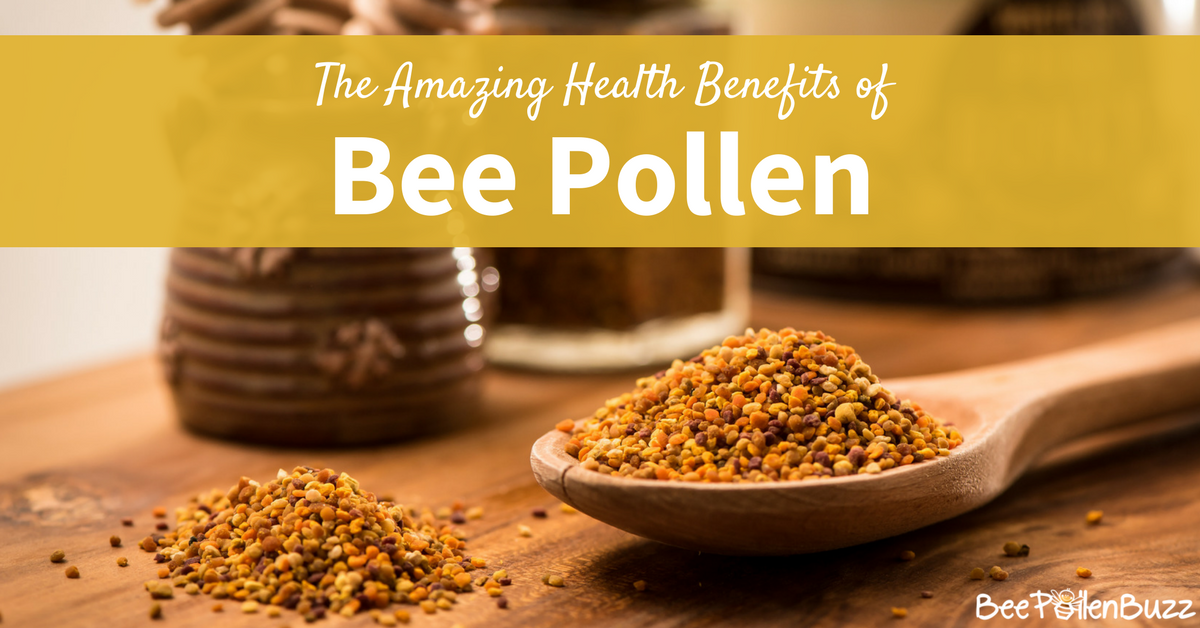 The Chinese emperor Shen Nung compiled an extensive medical collection which discusses the merits of beehive products as far back as 2735 B.C..

Egyptian papyri refers to Bee Pollen as life-giving dust and frequently outlines how to use it as a sacred offering to the gods.

There are written accounts of Roman legions who carried dried cakes of Bee Pollen for sustenance.

Bee Pollen is even praised in the Bible, the Talmud, the Torah, the Koran and in the Code of Islam for its beneficial healing and nutritional properties.

What is important to keep in mind here is that all of these claims are documented from a time when there were no sophisticated tests to verify the nutrient content of bee pollen. There were no double blind, placebo controlled studies either. The health benefits of bee pollen were documented purely on the results and experiences of the people using it at the time.

They didn't know how or why bee pollen worked - they just knew it did. And some would argue that this form of intuitive medicine is the truest test of the medicinal potential of a substance. 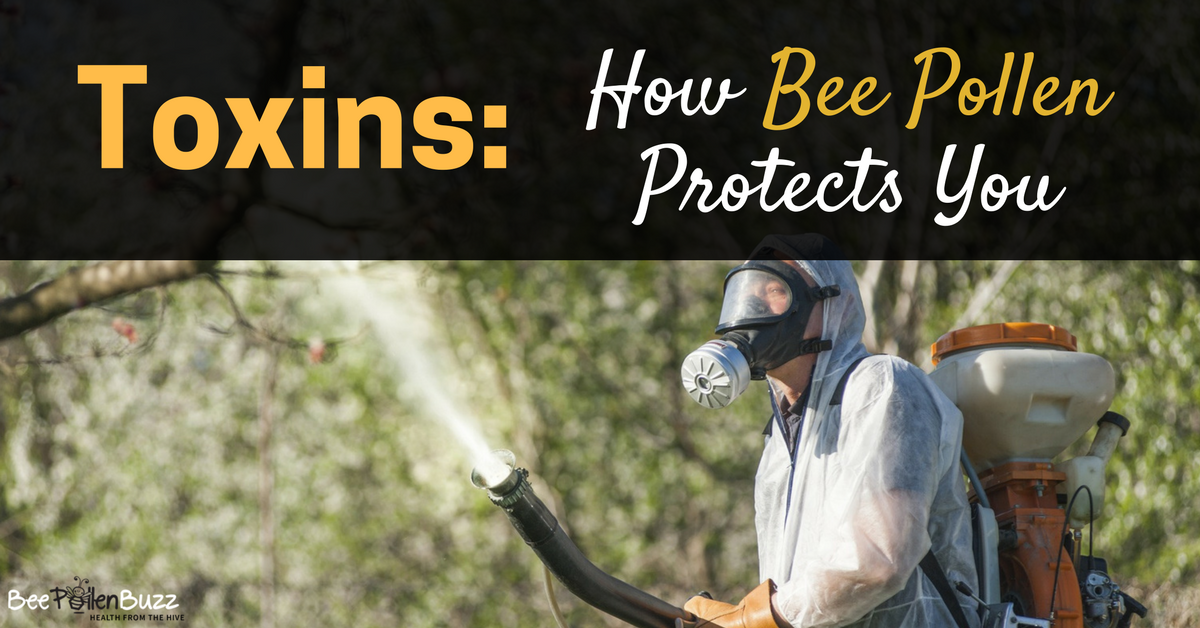 Protect Yourself From Toxins

Who would have thought that the health benefits of bee pollen include protecting us from the thousands of toxins that we'll be exposed to each year?

According to the Centers for Disease Control and the Environmental Protection Agency, you will be exposed to over 200 different forms of radioactive toxins and over 60 000 different chemical toxins this year alone.

That is truly scary. And it probably explains why we have a cancer epidemic in the Western world.

According to Dr. Stephen Schecter, all forms of radiation and most chemical pollutants produce cumulative side effects. Exposure to radiation and/or chemical pollutants adversely decreases a number of vital body substances. These include antibodies and other white blood cells (your immune response); red blood cells; and nutrients in blood and mother's milk such as protein and the antioxidant vitamins C and E.

Bee pollen is documented to counteract the effects that radiation and chemical pollutants have on these important barometers of health.

In one study, bee pollen significantly reduced the usual side effects of both radium and cobalt-60 radiotherapy in twenty five women who had been treated for inoperable uterine cancer.

The women who took the pollen were considerably healthier and had stronger immunological responses. These women registered beneficial increases in a number of areas including red and white blood cell counts and serum protein levels.

• Improved sense of well being

• Beneficial for nausea and poor appetite after treatment

• General decline and weakness after treatment

The daily dosage of bee pollen taken in this study is reported as 20 grams. This would be the equivalent of 2 rounded teaspoons.

If you're aware of the dangers of the overuse of antibiotics, then you may be interested in the natural antibiotic content of bee pollen.

According to bee expert Royden Brown, bee pollen contains differing quantities of a particular antibiotic which fights E. Coli and Proteus organisms which can cause serious diseases.

Salmonella and other strains of colibacillus were found to be effected by the antibiotic action in bee pollen as well. This may well explain why the health benefits of bee pollen have long included boosting of the immune system.

Bee Pollen Protects You From Chemo Drugs and Blocks Estrogen

Scientists recently set out to examine whether or not the health benefits of bee pollen include the ability to block estrogen. They also examined whether or not bee pollen can protect human cells from the toxic effects of three common cancer drugs.

First off, what they found was that bee pollen showed a strong anti-estrogenic effect (it inhibited the natural estrogen 17 beta-estradiol). Furthermore, it caused no estrogenic activity or chromosome damage in the cells whatsoever.

What the scientists also found was that bee pollen showed a significant ability to protect our cells from the genotoxic effects of three common anti-cancer drugs - mytomicin C, bleomycin, and vincristine. What that means is that these cancer drugs cause damage to our DNA (genetic code) when we take them. Not only do they damage and kill cancer cells, but they also damage our healthy cells (not good). Reducing this damage is very valuable and can potentially lead to a healthier and more vibrant life after cancer treatment.

The details of this study can be found in the European Journal of Medicinal Chemistry, 2010 Jun 9.

There is much debate on the health benefits of bee pollen and the issue of whether or not it contains all of the nutrients necessary for life. Well, a group of scientists set out to investigate this question.

In their previous studies, they showed that mice survived in a healthy condition when fed only a bee pollen granules diet and drinking water for 365 days.

Similarly, they also showed that rats fed only bee pollen for 12 weeks developed and grew just as well as rats fed a conventional diet.

So, the scientists now set out to determine how long the survival time of these mice could be extended beyond 365 days when fed only bee pollen granules and water.

What they found was that the control mice survived an average of 477 days and 100% of them experienced a kidney issue which was typical of this strain of mice.

On the contrary, all pollen fed mice appeared healthy when euthanized at 600 days of age. And interestingly enough, there was no evidence of the kidney issue that the control mice developed!

The scientists went on to say that it may be possible "that bee pollen contains either a unique nutrient or a higher level of one or more nutrients that may be lacking or at a lower concentration in the standard diet which will then circumvent partial genetic blocks in the metabolic assembly line."

This is scientific jargon for "there is something in bee pollen that makes animals live longer...and we don't know what it is!"

The amazing health benefits of bee pollen are slowly but surely being validated by science.

In this study, scientists fed rabbits different amounts of bee pollen at different times of the year to examine if and how it effected their growth, overall health and ability to conceive.

What they found was that bee pollen fed to the rabbits at a daily amount of 200 mg per kilogram of bodyweight significantly increased body weight of does (females), conception rate, milk yield, litter size and improved the biochemical profiles of their blood.

The full details of this study can be found in the Journal of Animal Physiology and Animal Nutrition, September 29, 2010.

Read Next:  The Top 20 Health Benefits of Bee Pollen