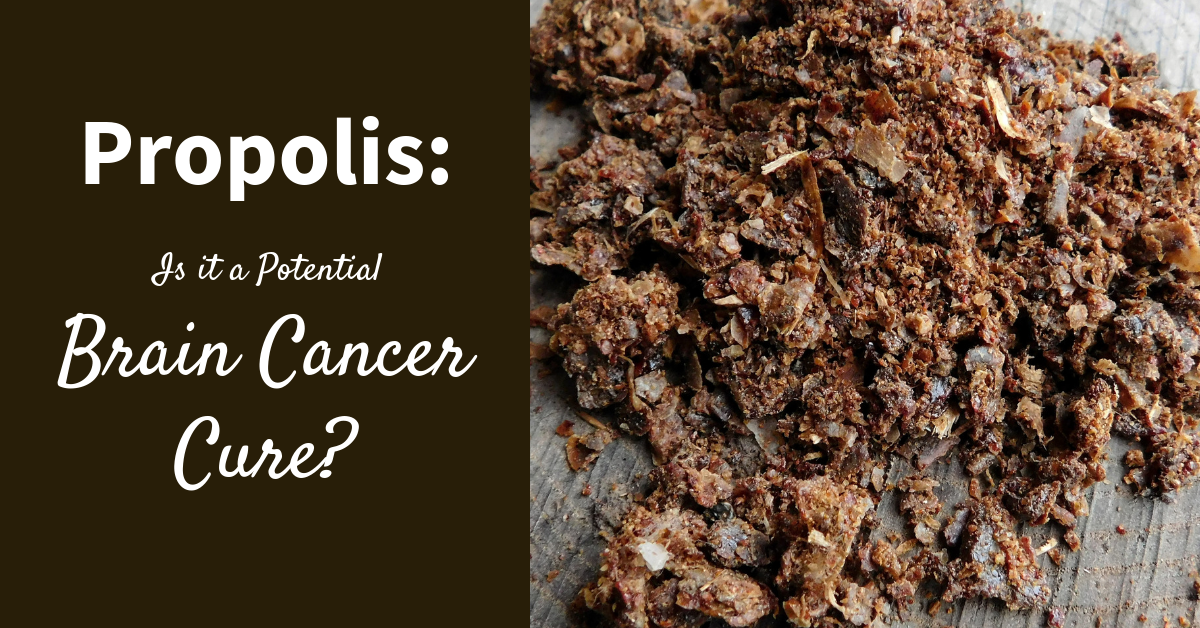 When cancers like melanoma or glioblastoma, a cancer of the brain stem and spinal cord, metastasize into the brain, they are incredibly deadly. While there have been many advances in cancer research, scientists have not made as much headway with either primary or metastasized brain cancers. However, new hope has arrived in the form of a component of propolis known as WP1066. In a recent study performed by Moleculin Biotech, Inc., researchers found that a molecule found in propolis may keep cancer cells from growing and may also stimulate the body's immune response.

WP1066 is the name given to a molecular compound isolated from propolis. This molecule serves as the chemical backbone of propolis. Propolis, in turn, is a natural compound found in bee hives. Bees make propolis from a combination of local saps and resins and compounds produced by the bees themselves. Because of this, propolis has a different composition depending on where it is gathered. Bees use this reddish brown resinous substance to seal up holes in their hives. It has strong antimicrobial properties and keeps hives free from mold and diseases that could be dangerous to the hive.

How have WP1066 and other propolis compounds been studied?

The recent study on WP1066 was what is known as a Phase 1 clinical trial of the new first-in-class cancer drug. The compound was first discovered by Professor Waldemar Priebe and studied at the University of Texas MD Anderson Cancer Center. This study was an animal trial, which is one of the steps before a medication can be tested on humans.

In this study, the propolis compound was found to interrupt the signals that cause tumors to grow larger. Additionally, the compound stimulated the immune response, prompting the body to attack the tumor. The doses of the cancer medication were well-tolerated by the study subjects.

This is not the first time that propolis and its compounds have been studied for cancer treatment. In a study on breast cancer treatment, propolis compounds were found to disrupt the growth of cancer cells while having little to no effect on nearby healthy cells. In the lab, propolis was shown to stop melanoma cells from growing. And, Turkish propolis was shown to help kill lung cancer cells.

Is this a cure for cancer?

The answer right now is "maybe." The research on WP1006 is still very preliminary. Additionally, there are many types of cancer, each acting in its own way. A therapy that can work against one may not be effective against another, and vice versa. However, the research involving this propolis compound is very promising. Human trials will show us more about its ability to help individuals who have melanoma or glioblastoma.

How can I use propolis for my health?

Propolis products may not just be important in cancer treatment. They may also help prevent people from getting cancer in the first place. Propolis is a powerful source of antioxidants, mostly from the polyphenol family. Our bodies' cells are constantly under attack from the sun, microbial invaders and lifestyle factors like drinking or smoking. When our bodies undergo regular metabolic functions, they often produce molecules that are known as free radicals. These free radicals are missing an electron and will try to "borrow" one from another molecule, thereby damaging it. Antioxidants, however, can stop this from happening by donating an electron of their own.

Cell damage of this sort is considered by many scientists to be a trigger for many diseases, including many cancers. While we still don't fully understand how antioxidants work on our bodies, studies show that people who have diets that are rich in antioxidants are less likely to develop cancer than those who do not.

Propolis has also been used for health applications for thousands of years. The ancient Greeks used it as an antibiotic salve to treat boils and abscesses. Today, many people use it in the same way to treat skin infections and cystic acne. Propolis can be effective against a range of gastrointestinal disorders. Propolis has also been shown to reduce the risk of infection after oral surgery and to help small cuts and scrapes heal faster. Propolis is available in a wide number of preparations to fit specific applications, so you can always have the form you need on hand.