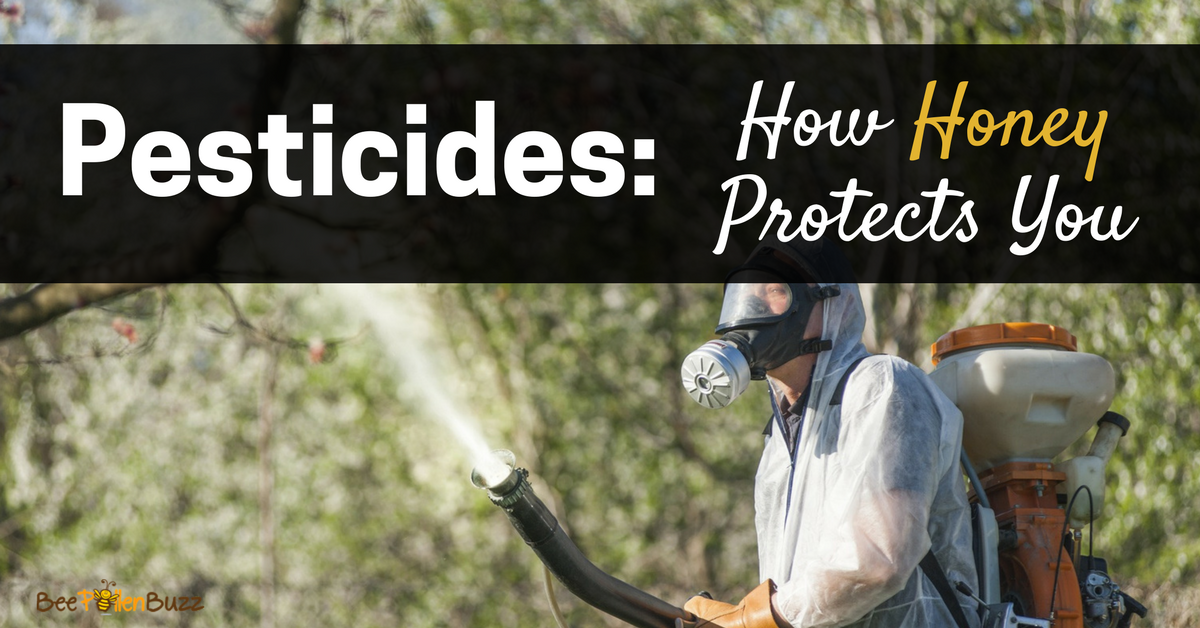 Roundup is the world’s most popular weed killer.   There is a good chance you’ve got a bottle of this pesticide in your garage - millions of pounds get dumped into our soil each year.   Glyphosate (Roundup is the commercial name) is a broad-spectrum systemic herbicide used to kill weeds, especially weeds and grasses that compete with crops.  This makes it very popular with farmers.

While it might be effective, there is a darkside to Roundup (like almost all pesticides).  In March 2015 the World Health Organization’s International Agency for Research on Cancer classified glyphosate as "probably carcinogenic in humans" based on epidemiological studies, animal studies, and in vitro studies.  This means exposure to Roundup probably gives you cancer and it does this by damaging your DNA, which then results in mitochondrial dysfunction.   Mitochondria are the powerhouses of our cells. They generate the energy that our cells need to do their jobs.  Without them functioning properly, we’ll simply die.

Your Exposure to Pesticides

Hundreds of millions of pounds of Roundup are dumped into our soil each year; you simply can’t escape it.  In 2007, glyphosate was the most used herbicide in the United States agricultural sector, with 180 to 185 million pounds applied, the second-most used in home and garden with 5 to 8 million pounds and government applied 13 to 15 million pounds in industry and commerce.   If you're counting, that is 200 million pounds of a cancer causing pesticide applied each and every year.

So how do you protect yourself and your family from this dangerous chemical which is seemingly everywhere?

The first thing you should do is eat organic as much as possible.

Secondly, consider supplementing with honey.  According to a recent study, honey might be a potent protector against pesticide induced damage.

Polyphenols (plant-based molecules that have antioxidant properties) are present in virtually all fruits and vegetables and have been viewed as antioxidant molecules, but also as protectors of mitochondria.  Remember, Roundup exposure wrecks your mitochondria so protecting them is vital to preventing cancer.

Honey May Protect You

In this study, published in the journal Molecular Nutrition and Food Research, honey was evaluated for its potential protective effect on pesticide-induced DNA damage. DNA damage leads to mutations, which can then lead to cancer.

Honey extracts from four floral organic sources were evaluated for their polyphenol content, antioxidant activity and potential protective effects against the Roundup pesticide.

The protective effect of honey was then evaluated in a residential population chronically exposed to pesticides. It was found that honey extracts efficiently prevented pesticide-induced mitochondrial damage while maintaining healthy mitochondrial function.  It did so by encouraging DNA repair, meaning it helps 'your cells fix themselves' which results in a reduction of DNA lesions or ‘injuries to your genetic code.’

Less damage to your DNA is thought to lead to a longer, healthier life.  And the fact that honey is now known to repair DNA is revolutionary -  honey could very well be the world’s greatest anti-aging food.