Propolis Protects You Against Bacteria, Fungi and Yeast 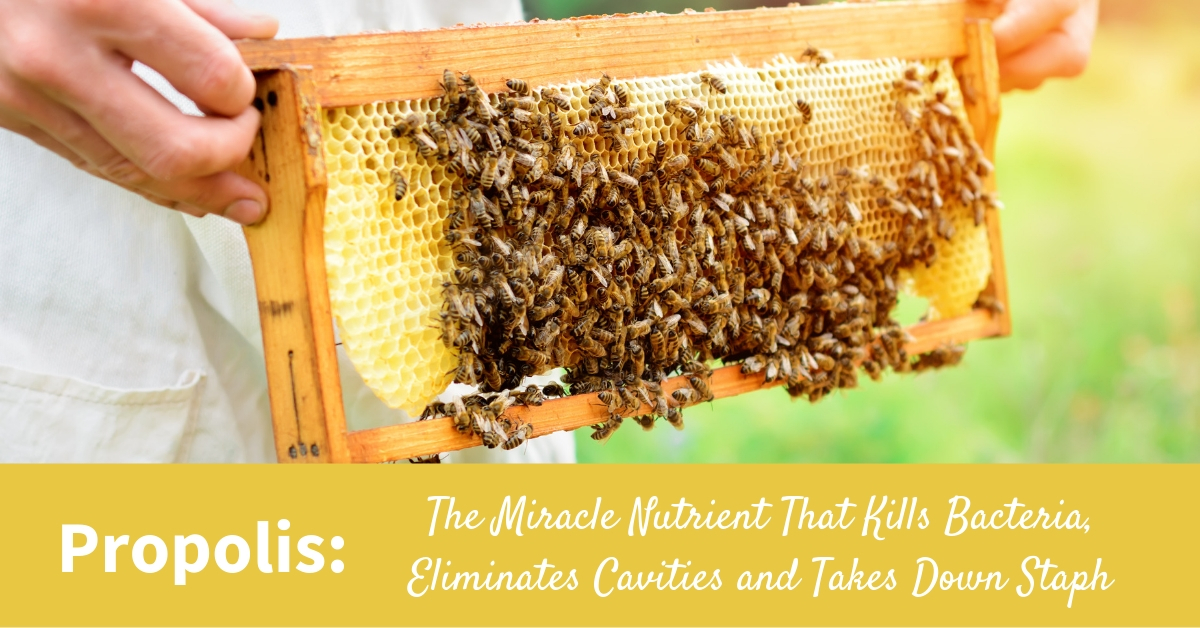 Studies show Propolis kills bacteria, eliminates the bug that causes cavities and food poisoning, and even stops Staph dead in its tracks.

Propolis has shown in studies from around the world that it has tremendous anti-microbial activity. An antimicrobial is a substance that kills or inhibits the growth of microorganisms such as bacteria, fungi, or protozoans.

Penicillin and tetracycline are examples of drugs that are anti-microbial.

Because of the promise that propolis has shown as an exciting therapeutic agent, researchers set out to measure the antimicrobial activity of 19 different propolis extracts.  Does all propolis contain the same powerful bacteria killing compounds or are these unique to certain bees?   The propolis that was tested included both alcohol based propolis and non-alcohol based tinctures.

Not shockingly, it was verified by the scientists that all propolis samples tested showed antimicrobial activity, although results varied considerably between samples.

This is where is gets interesting.  Results revealed both types of propolis extracts showed highly sensitive antimicrobial action against some very common, yet very dangerous bacteria like Staphylococcus aureus.  Staph can lead to things like pneumonia, meningitis and even death.   Senior's are particularly susceptible to Staph.   Meningitis in particular can be resistant to Staph yet Propolis had the ability to kill this dangerous bug.

Propolis also showed activity against Streptococcus mutans.   Your dentist should be familiar with this strain as it is what causes tooth decay and cavities.

Candida albicans and Saccharomyces cerevisae (yeast) were also killed by Propolis.  If you've ever had a yeast infection (Candida) then your familiar with this fungus know how difficult and frustrating this can be to treat.

The researchers concluded that the propolis had a strong and dose-dependent activity against most of the microbial strains tested, meaning the higher the dose exposed to these bugs the more effective Propolis was at killing them.

What is the Magical Compound in Propolis?

So what is it in propolis that has this dramatic effect against all of these different microbes?

The scientists did more research and found that that phenolic substances like CAPE (caffeic acid phenethyl ester) and Cinnamic Acid were responsible for this inhibition, regardless of their geographical origin and the solvent employed for extraction. Statistical analysis showed no significant differences between alcohol based propolis or the propylene glycol based tinctures.