Propolis and the Common Cold 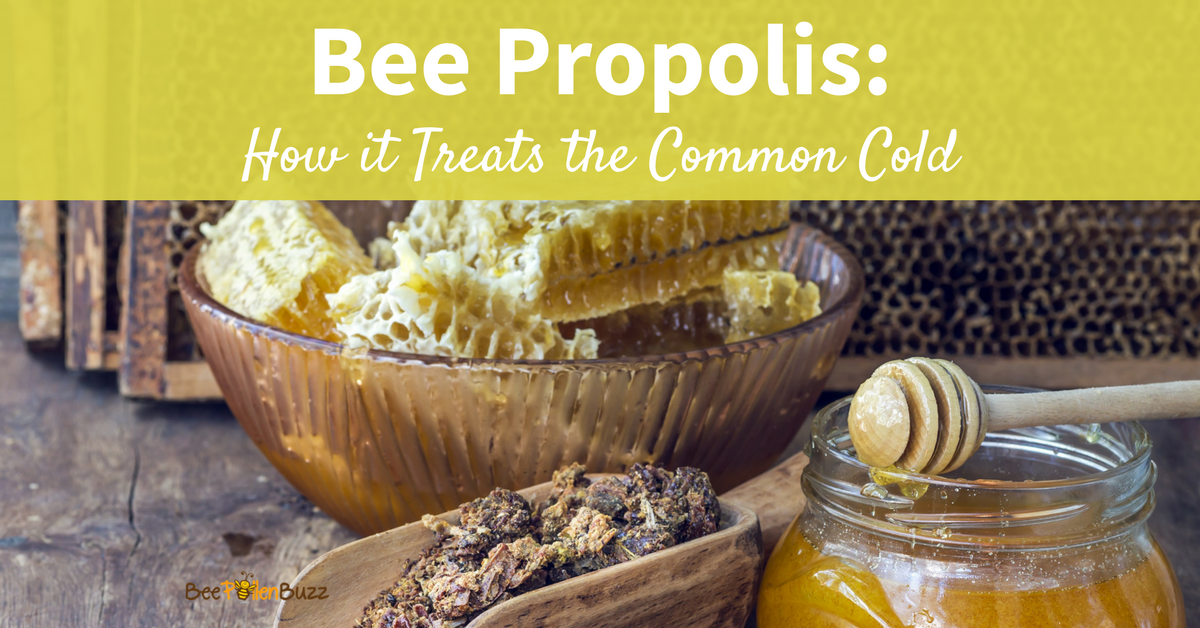 It seems to come around every year: that rash of sneezing, coughing, aching friends and family members. Some years, no matter how careful you are about washing your hands and avoiding the sick, you still wind up catching a cold yourself. But if it happens to you, you don't have to suffer. A growing body of evidence indicates that bee products like propolis can significantly reduce the duration of a cold and relieve symptoms. There's still no cure for the common cold; but, the more research we do, the more we learn how propolis can help.

The Problem with the Common Cold

The common cold is one of the most common maladies suffered by adults in the U.S. The average person gets around two to three colds a year. This adds up to 20 million missed days at work across the country every year. Colds are not caused by a single virus; instead, they are the result of thousands of related and constantly mutating organisms. Because of this, a vaccine and a cure are both elusive.

Most common cold remedies are focused on treating symptoms one at a time. For instance, you may take a decongestant to stop a runny nose or pop a couple of aspirin to deal with a headache. Some medications, like decongestants, can make you feel jittery and make it hard to get the sleep you need. Others, like antihistamines, can make you drowsy.

No one medication can treat all of the symptoms. For most of us, this can mean taking a bunch of different medications together or taking a multi-symptom remedy that leaves us feeling confused, fuzzy headed and, in some ways, worse than we felt before we took anything at all. If you prefer natural remedies and to keep your head clear, the regular mainstream treatments can leave something to be desired. Is there a more natural way?

Studying the Effects of Propolis

Propolis has been a popular remedy in places like Brazil for many years, but has not been widely adopted by people in the US yet. Studies of its effects and benefits are only beginning, but they show plenty of promise.

A recent study focused on whether propolis could help cut cold symptoms and duration across the board. In a study involving 40 children between he ages of two and 12, participants with cold symptoms were given a propolis nasal spray. They received the spray three times a day for seven days. The participants were checked on throughout the study, with a focus on their symptoms, their general well-being and their quality of life.

In the study, those who took propolis had a dramatic improvement in symptoms by day four and were completely symptom-free by the end of the week. There were no side effects or adverse effects noted during the study. Additionally, no other treatments were necessary to get these results. The kids felt better with just propolis and did not need to take any other over-the-counter or prescription medications.

Propolis and the Flu

In another study, scientists exposed the well known H1N1 virus to Propolis compounds in a lab setting and found strong evidence that propolis has an anti-influenza effect.   A  water based propolis from Brazil was used.

According to the researchers, the compounds within propolis that demonstrate the anti-flu properties are called caffeoylquinic acids.  One of these compounds, Caffeic Acid Phenethyl Ester or CAPE, has been shown in other studies to have many other health benefits related to immunity.    If you take Propolis, you'll want to ensure that your supplement contains CAPE as well as chlorogenic acid, another active flu fighter in propolis.

A study published in the Journal of Clinical Biochemistry set out to look at whether our friends from the hive can help give our immune system a much needed boost as we age.

They fed some 'old' mice different doses of green propolis for 4 weeks.   They then monitored several different immune parameters to see how they responded.

One of the main immune benefits they found was that Propolis dramatically increased Immunoglobulin G levels.  IgG's are antibodies and are major components of the immune system.  By binding to many kinds of pathogens (viruses, bacteria, and fungi) IgG protects the body from infection.

What This Means for You

The fact that propolis treatment can provide relief without the side effects that may happen with other therapies makes it a promising option when the common cold strikes.   It is an option that can get us back on our feet without the hassle of the current batch of over-the-counter pharmaceuticals.

By incorporating propolis into your routine when cold symptoms start to get to you, you can potentially cut the severity of your symptoms and make them go away faster. Next time you feel the telltale signs of a cold coming on, start beating it back and fast as you can. By adding propolis to your routine early on, you can cut out symptoms sooner and get back to full energy and health.