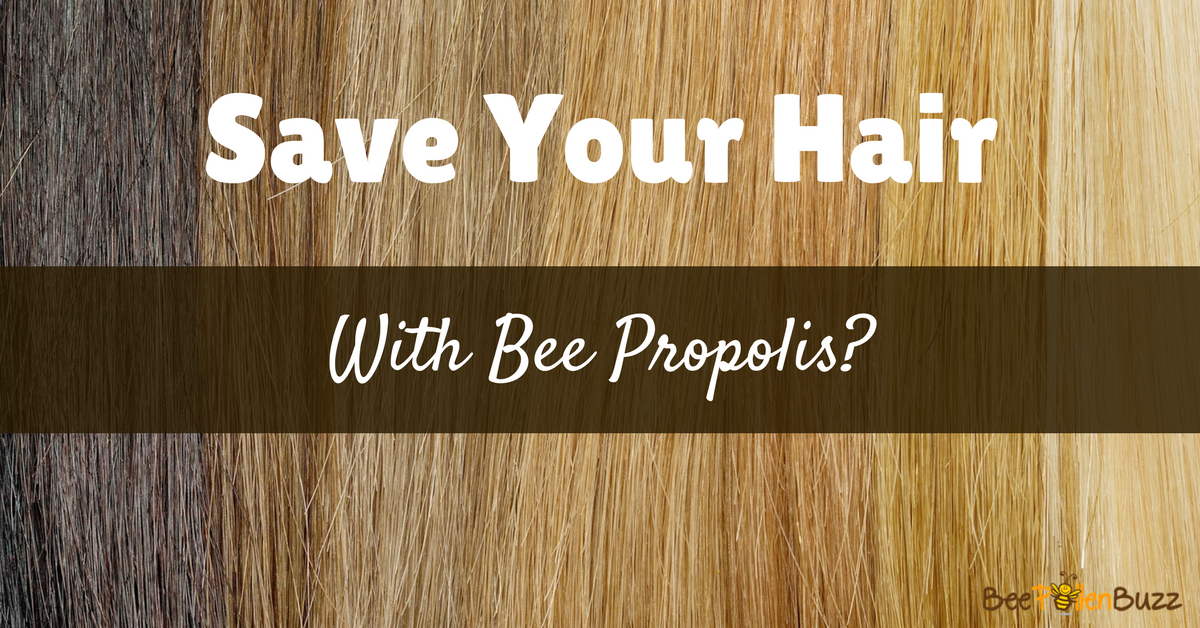 Early research results are showing huge promise for Propolis as an ally in the fight against hair loss, thinning hair and baldness

Hair loss.   We all fear it.   Billions are spent each year attempting to stop or reverse it.

While more prevalent in men than women,  hair loss is becoming a growing problem in woman as well.  The number of middle aged women I am encountering with thinning hair is staggering.

While nutritional deficiencies are certainly a contributing factor to hair loss in both men and women along with thyroid issues, the exact cause and treatment of baldness has yet to be discovered.  We know in men that excess DHT can lead to male pattern baldness and studies have shown that poor nutrition and deficiencies in certain nutrients like biotin, protein, zinc and iron can cause thinning.

For some time it has been considered that propolis might positively affect hair growth due to the hypothesis that certain types of hair loss are due to inflammation. Propolis then, being recognized as a natural inflammatory, was always a possible candidate for improving the problem.

Research has shown that propolis promotes the growth of certain cells involved in hair growth, though no one had yet tested whether that in turn would result in new locks.

When researcher Ken Kobayashi and colleagues tested propolis on mice that had been shaved or waxed, the mice that received the treatment regrew their fur faster than those that didn’t. The scientists also noticed that after the topical application, the number of special cells involved in the process of growing hair increased.(1)

Although they tried the material on mice that could grow fur, rather than balding mice, the researchers noted that hair loss conditions often result from abnormal inflammation. Propolis contains anti-inflammatory compounds, so they expect it could help treat balding conditions.

Whereas the first study looked at the effects of propolis applied in isolation, the second study, published in 2016, examined the effects of propolis when it was used as a primary ingredient together with Eruca sativa seed oil as a base for a hair wax manufactured specifically as a general hair-care product. Again the tests were undertaken on rodents and measured against controls which included a marketed brand hair wax and those provided with a standard medication.

This study expanded on the findings of the first because it revealed that the propolis wax increased hair length, resulted in a greater percentage of hair follicles and also that the actual weight per hair increased (2).

Propolis and Your Hair

So what are you to do?  Should you start rubbing propolis tincture all over your scalp daily to see if it is the magic elixir to stimulate your vertically challenged hair follicles back to life?   It may be too early to say but here are my thoughts:

There are no propolis based shampoos currently on the market that I know of so if you're going to give propolis a try for hair loss, what I'd recommend is below.   I've suggested some other nutritional strategies and tests you'll want to consider along with some proven supplements.