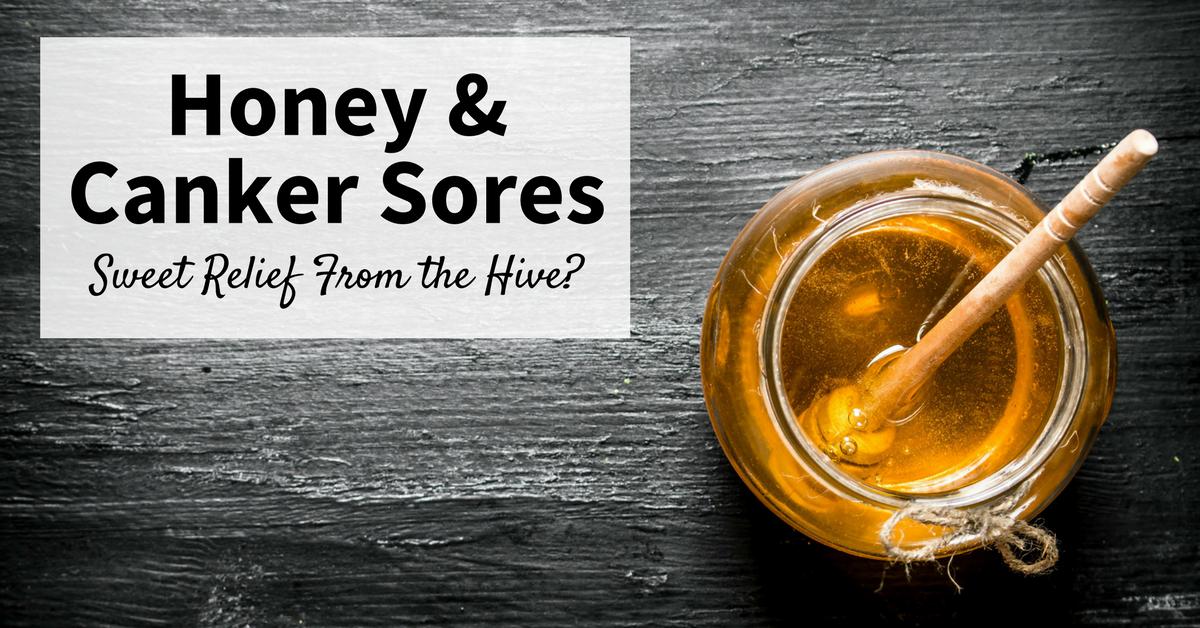 Painful, ugly canker sores.  They don't respond well to treatment and are becoming more resistant to modern day medicine.   So what are we to do?  A recent study revealed that honey works better and faster.  It's also cheaper, safer and tastier.

Even contemporary medicine accepts that, for centuries, honey has been known as being effective in the healing of a broad range of wounds. Ulcers, no matter where they are on the body, come under the classification of 'wounds' and are noted as being particularly problematic when it comes to treatment. Canker sores, which are simply ulcers located in the mouth, are no different and are often a recurring and painful affliction for many people.

As with many other injuries and diseases, the situation with canker sores means they are becoming resistant to modern contemporary treatments. This has led scientists to initiate research into natural treatments which are not only effective, but which also limit the extent of side-effects. One such study published in 2014 opened the door a little wider to a possible treatment, if not a permanent solution, in the form of one of nature’s most natural remedies - honey.(1)

There are many different types of mouth ulcers, but the research paper in question looked at the most common - Aphthous ulcers; canker sores, otherwise known as Recurrent aphthous stomatitis (RAS). What the study  discovered was that honey, when applied to the sores 4 times a day for 5 days, was more successful in reducing not only the size of the ulcer, but also the days of pain and the degree of erythema - which is the redness associated with the ulcers - than either topical corticosteriods or Orabase, which is an over-the-counter treatment for mouth sores.

Although this particular study is often the most referenced, others too have indicated that honey may have a very significant place in reversing the effects of mouth ulcers in respect of pain levels and duration.

Another, smaller study, published in 2012 examined the effects of honey applied to canker sores against those provided by triamcinolone acetonide 0.5% in orabase with regard to, among other factors, both pain reduction and healing time.(2) Again, and after only 3 days application, the study found that honey was more effective than the contemporary treatment. However this study also noted that further benefits were available to the patient because, unlike the preparation, honey produced no side-effects.

Yet research investigating the effects of honey on canker sores is, by no means, new. Back in 1994 a paper was published which measured the effects of honey versus a common treatment of the day, salicylate gel, in reducing the pain experienced from the ulcers. Despite this being a small study, and taking into consideration that the honey used was not only defined as being ‘local’ but also that it was applied less frequently, (3 times per day), than is currently considered to be effective, it still concluded that local honey could be used as an alternative to the standard treatment.(3)

What we see when we examine the studies regarding honey as an effective treatment for canker sores, is evidence which, over the decades, consistently places it on at least an equal footing with conventional treatments, and often proving to be superior.

And studies like the ones noted here are by no means in short supply. Most, if not all of the work undertaken to investigate efficacy of honey against canker sores, provides significant evidence to show that, once again, the healing properties of this natural substance outweigh the benefits of proprietary treatments.

There are many Raw honey products on the market, many of which are very poor quality with very suspect ingredients.  The most common ingredient added to honey is high fructose corn syrup.   I use and recommend only Dutchman's Gold Raw Honey.   You can find it here.