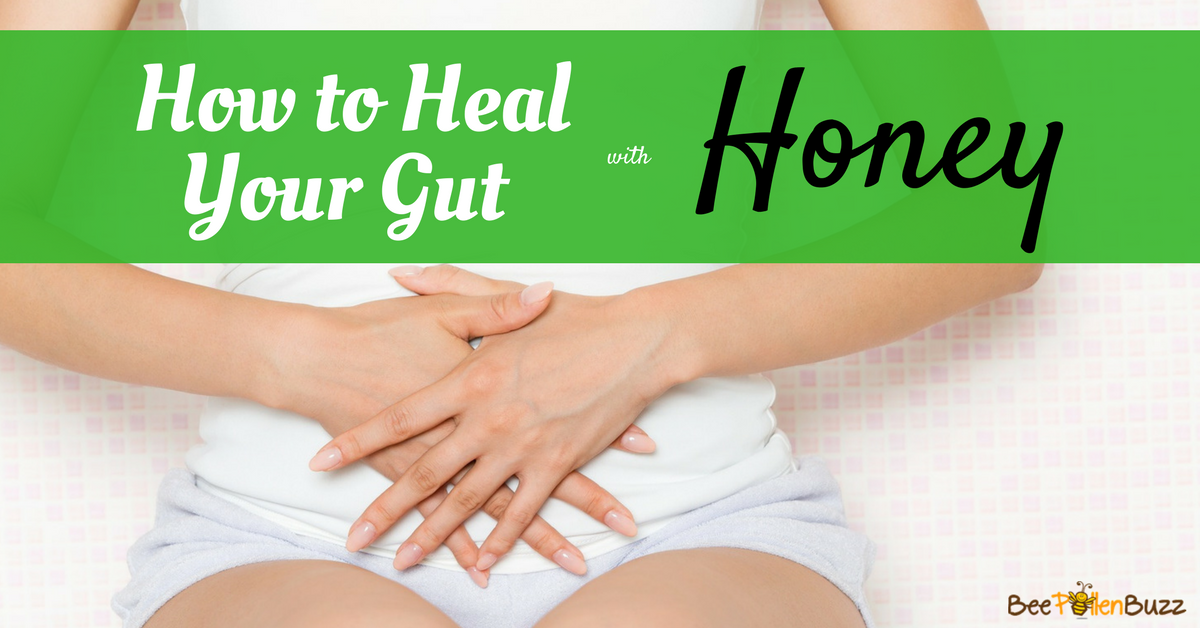 Evidence that honey provides sweet relief for gut issues such as Colitis, Irritable Bowel and Crohn's is quickly emerging

Although sugars in general are currently suffering bad press when it comes to illnesses involving inflammatory digestive issues, there is strong evidence emerging that honey does not cause the same aggravating symptoms as other forms of the sweet stuff. In fact, recent research provides robust indications that honey, unlike other forms of sugar, can actually go a long way toward restoring the integrity of the gut when damage has occurred.

The evidence concerning the beneficial properties of honey could not be stronger simply because the research concerned looked at the effects on one of the two main forms of Inflammatory Bowel Disease (IBD), ulcerative colitis (UC) (1). This illness, which like many other digestive tract conditions is on the increase, is also chronic in nature. For patients this means that although the symptoms can go into remission intermittently, they can also expect it to be a life-long problem.

Currently the contemporary treatments available for ulcerative colitis generally include those which are available for many other inflammatory intestinal problems such as irritable bowel syndrome. Usually these include both anti-inflammatory drugs and antibiotics which are often prescribed for long periods of time particularly when a sufferer has regular or severe relapses.

Yet as most sufferers are aware, at best these drugs can only allow the patient to maintain a reasonable level of health. They do little or nothing to send the illness into permanent remission and neither do they repair any damage which has already occurred.

With no possibility of a cure through allopathic medicine, what is a patient to do?

Enter honey.  An important study was released in July 2016 which found that by treating Ulcerative Colitis with honey, both enteric cells and nerves could be regenerated in the colon. The ability of honey to apparently replenish healthy tissue and nerve function also corresponded with a lower level of cell death, and both oxidative and inflammatory markers.

The 2016 study is basically an extension of others performed over the last decade which provided strong indications that, at least when it came to reducing inflammation in UC, honey provided positive benefits.One of those studies was published back in 2008, and it combined a standard UC treatment, sulfasalazine with Manuka honey which resulted in significant improvements in respect of reducing colonic inflammation (2).

Unfortunately the situation regarding honey and its potential to improve digestive conditions often falls under the banner of ‘unproven,’ despite there being a wealth of positive anecdotal evidence. Yet it is always worth remembering that ‘unproven’ often means that something has yet to be tested as opposed to it being tested and providing no improvements.

This situation certainly applies when it comes to other inflammatory intestinal conditions such as IBS or IBD, because as yet it appears that no studies have been performed. Considering estimates now suggest that 10 -15% of people living in Europe and North America suffer from IBS (3), the fact that no clinical trials have been undertaken is somewhat surprising. It becomes even more surprising when we learn that many children are now being recorded as suffering from IBS. These children are often provided with contemporary drugs, and their accompanying side-effects, from an early age rather than being offered the possibility of taking a natural product which results in no ill-effects (4).

There's more to the hive than just honey when it comes to healing the gut and that's good news for you if you suffer from IBS or colitis.   Bee pollen's protective functions have been known for some time. However, until recently, there were no studies that showed what effects this substance could have on human digestive health. Now, researchers have looked into how bee pollen can help with conditions like ulcerative colitis and IBS and the results are promising.

In a recent in vitro study, scientists simulated the effect of cells experiencing metabolic disorders. When bee pollen was introduced, antioxidant levels increased while inflammatory action went down. Human trials are still necessary to confirm results, but, there is reason to hope that bee pollen can help ameliorate the effects of these painful conditions.

How to Use Honey & Pollen to Heal the Gut

Hopefully the emerging research into honey and UC will stimulate further investigation into how this entirely natural substance can benefit other patients suffering from conditions involving digestive tract inflammation.

In the meantime if you are suffering with a chronic gut issue, consider ingesting 1 -2 tablespoons of raw, unpasteurized honey per day along with .  Avoid common irritants such as gluten, dairy and alcohol and wait for the sweet relief!    Remember, honey heals the gut.  It doesn't suppress symptoms so be patient and give this protocol at least a month to begin showing healing signs.