Living on nothing but bee pollen?

I recently came across a very interesting email from a colleague of mine in the bee business. Many of you have likely seen or heard of the movie Super Size Me. The main character decides to live on nothing but McDonald's for a month and he documents his experience while also having a doctor monitor his ever deteriorating health.

Well, this colleague of mine decided to do something similar. But, instead of living on McDonald's for a month, she lived primarily on bee pollen. And not just for a single month but for SIX full months! She also had her doctor monitor her health during the 'experiment' and let's just say that well, her doctor now takes bee pollen!

Below I have re-printed her email. I have changed her name and email and edited the letter for basic grammar and spelling, but other than that it is in her words. Truly a fascinating experience....

I would like to make an update of my api diet (sorry for the delay).

I started it on the first day of February 2009. My idea was to eat exclusivelly fresh pollen during the long period of time possible. My intension with this experience was to proof to all my friends and patients that fresh pollen have all nutrients our body need every day to keep healthy and also because I was curious how far I could go with it. This with safety and without bad side efects for my body.

Before I start it I went to my family doctor to tell him about my special diet and also to ask him blood tests to compare after start the diet. He said that I was crazy to do this and also that "you are not a bee, so think again before start something like this....". :-)

I ask to my doctor if he knew something about bee pollen and he said no. I was expecting this answer from him, so I took with me some information about bee pollen (like composition, indications, properties, etc.) and gave it to him.

Howhever my doctor agreed to ask some tests for me because the last ones was with more than one year already and also because that I ask him it to compare with the next blood tests during my api diet.

This cholesterol level was high because of my mother's Christmas food. She still feels sad if I don't eat everything. :-))

Since the very first day of my api diet, until the last day, the quantities of fresh pollen was the following:

I mixed the fresh pollen with fruit juices and sometimes yogurt.

Betwen meals I ate fresh fruits, juices, raw vegetables and pure water when I needed it.

After one month from starting the diet (in 10/03/2009) I did one blood test to compare with the first before the diet.

I went to my family doctor to show him the result and ask for more blood tests for the next month.

After the doctor look the result he saw imediately that the cholesterol level was already normal (168 mg/dL) and he said that he was curious with this result because what he learn from me about pollen on the last consultation.

He ask me about how I felt in that time and I said to him that I was feeling very well, strong, fulk of energy and also that I didn't need to sleep so many hours anymore.

The only thing not so good, in my case, was that I loose 5 Kgs until that day and I don't need it.

Before I go out of the office, my doctor said that if I could give him one fresh pollen bag because he wants to try to loose some weight!

In 17/04/2009 I did one more blood test and the result was almost the same the last one. I mean all levels was normal and the cholesterol level was 170 mg/dL).

I stop the diet after 6 months because my doctor said that he couldn't continue to ask for more "expensive" blood tests at the hospital for such a healthy patient and also because I decide that 6 months was enough to prove my point.

Fresh pollen is really a super food and I recomend to all of you to include it in your normal daily diet.

I start to take pollen in 1998 and I still take it today in my breakfast because I believe that is the most complete food in the world.

I hope that my experience can help some of you.

Tips on how to safely buy bee pollen 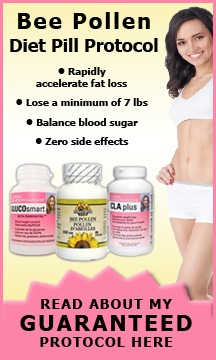