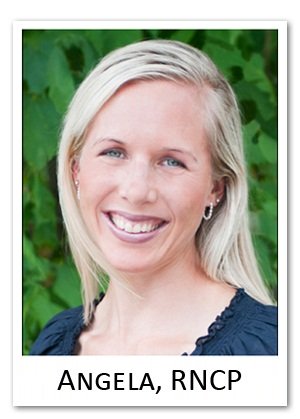 When I tell people about ear candles, they usually look at me with a confused daze.

"You put what in your ear and light it on fire?"

"And its supposed to do what?"

I've heard many interesting guesses as to what they really are.  For example, someone once asked me if they are candles made in the shape of an ear.  Someone else suggested that they were special candles that you light up and then drip the wax into your ear?  And then there was the lady who thought they were just table candles that you put in your ears. 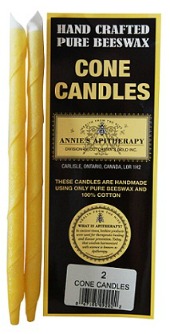 Ear candles are actually a narrow, hollow cone that has been dipped in beeswax and allowed to harden.

Ear Cone-Candling is a non-invasive method that has been used to remove excess, impacted earwax and congestion from the ear. During ear candling, the recipient of this therapy lies on his or her side while someone else inserts the point of the cone inside the ear. The top of the cone is then lit and left to burn for a few minutes.

The flame creates warmth and suction, which draws ear wax out of the ear canal.

What Have Ear Candles Been Used For?

Ear candling has been used for a wide range of symptoms, including ear aches, sinus infections, sinus pain and pressure, and vertigo.

It is best used in conjunction with diet, and herbal medicinal therapy as well. Ear Candle Practitioners do not claim that they cure these conditions, only that it will help to bring a balance and promote healing.

What is Ear Wax?

Ear wax is a normal product of the ear which protects the skin of the ear from water and infection. It is mostly made up of cerumen, a yellowish-brown, waxy substance produced by the apocrine ceruminous glands in the outer ear canal. Chemically, cerumen contains esters (the products of condensation reactions between alkanoic acids and alkanols). Ear wax esters have long aliphatic chains of carbon molecules, which ensures that they are insoluble in water.

Ear wax protects the tissues of the ear, and helps prevent infection by trapping irritants such as micro-organisms, dead skin cells, sweat, oil, hairs and dirt from the atmosphere. Part of the ear canal is lined with fine hairs called cilia that help to catch particles that enter the ear and then propel them (now trapped in earwax) towards the ear opening where the wax can be washed off. The action of the jaw during talking and chewing also serves to 'massage' the wax out of the canal.

Ear wax is also slightly acidic, which discourages bacterial or fungal growth in the moist, dark environment of the ear canal. Without ear wax, it would be almost impossible to avoid ear infections.

Sometimes, ear wax builds up and becomes mixed with hairs and flakes of dead skin, eventually becoming a wax plug and giving rise to symptoms such as mild deafness, a sensation of 'fullness' within the ear, earache, tinnitus (ringing in the ear) and dizziness. Although even quite a large accumulation of wax in the ear canal need not impair hearing, sudden deafness can ensue when water runs into the ear during washing, causing the wax to swell.

On most occasions, wax in the ears is relatively harmless and is easily treated. However, a sufferer will often not realize that their ears are blocked by wax, and assume that their symptoms are the result of some other cause such as advancing age.

What Causes Ear Wax Build Up?

Everyday, we are bombarded with noise, pollution, allergenic foods, viruses and bacteria. The ear is an opening that transmutes sound vibrations and send messages to our brain. The ear consists of three basic parts - the outer ear, the middle ear, and the inner ear. Each part of the ear serves a specific purpose in the task of detecting and interpreting sound.

Ear wax is produced in the outer ear, and plays a vital part in cleaning and protecting the ear. The ear is usually a low-maintenance organ. However, from time to time there may be an excessive build-up of ear wax, and this can be problematic.

Ear Candling Has Been Used Too:

My Personal Experience with Ear Candling

Growing up my sister Jessica often got quite congested so she would get candled sometimes once or twice a week with up to 3 candles per ear.

We also found that when she reduced the amount of dairy products she consumed, it really helped her as well. Most Naturopathic Doctors will tell you that dairy is quite mucous forming.

Unfortunately, there is no clinical human evidence that ear candling actually works. Most 'scientists' tend to be paranoid about an open flame burning close to the head, and understandably so.

The problem is that most ear candles out there are made with Paraffin wax or the liner of the candle is synthetic combustible material. You really want to be sure that you use a high quality candle made from beeswax.

I will personally continue to use them on my family, friends and clients as the feedback I've personally witnessed at my parents honey shop and my own personal use suggests there is a real benefit to their use.

I'd also recommend you read some of the comments posted at the bottom of this page by others who have ear candled successfully.

Return from Ear Candles to our home page